Just thought it would be helpful to list some HDTV terminology.
(I know, I get confused too).
So below are some common terms that you might have heard… but never knew what they are.

Progressive Scan
A method of displaying images where all horizontal lines are displayed in a single pass. Digital TV can support 24, 30 or 60 fps.

Interlace Scan
A method of displaying images where the image is divided in to two fields, the 1st field is composed of the odd numbered horizontal lines and drawn first, the 2nd field composing of the even horizontal lines is then drawn.

MPEG
Moving Picture Experts Group. MPEG-2 is the standard on which such products as Digital Television set top boxes and DVD are base. MPEG homepage.

Satellite companies are starting to use MPEG-4 for their HD transmissions. This algorithm allows the broadcaster to reduce the bandwidth required to send the signal (hence giving them more space to transmit more channels) while giving the same picture quality or better than MPEG-2 transmissions.

Dolby Digital
Method for encoding sound in HDTV and DVDs. Dolby Digital offers greater dynamic range than analog audio, and has a wider frequency range (bass to treble). It also has separate left and right surrounds, a low-frequency effects channel, and a center channel in addition to the left and right front channels. Dolby Laboratories Home Page 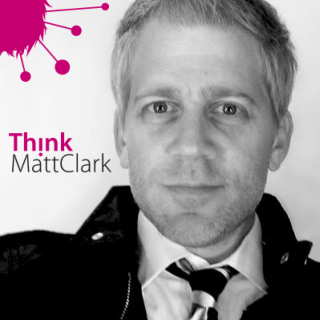 Matt Clark is a Family-man, Serial Entrepreneur and Spiritual Misfit who lives through Communication, Connecting and Creating.